If ever any person justified this epithet for a man who behaves dishonourably, especially towards a woman, it was Major-General Sir Harry Paget Flashman, VC, KCB, KCIE. George MacDonald Fraser, who died in January 2008, borrowed the fictional bully of Tom Brown’s Schooldays and made him the hero of a series of novels. Their conceit was that Flashman ended his life as a famous and highly decorated soldier, though by his own admission he had throughout been a scoundrel, cheat, lecher, poltroon and cad.

Cad is the classic British contemptuous epithet of the nineteenth century. It appears, for example, in Jerome K Jerome’s Passing of the Third Floor Back: “That you and your wife lead a cat and dog existence is a disgrace to both of you. At least you might have the decency to try and hide it from the world — not make a jest of your shame to every passing stranger. You are a cad, sir, a cad!” 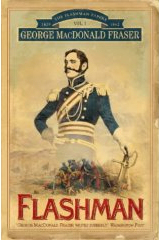 Its history is as weird as one might like. The word started life as cadet, either a military trainee or a member of a younger branch of a family. That developed into caddie, now solely a golfer’s bag carrier, but in the eighteenth century any lad or man who hung about in the hope of getting casual work as an errand-boy, messenger or odd-job man. Both cadet and caddie were shortened to cad. Early on — for reasons unknown — it had the sense of an unbooked passenger who had been picked up by the driver of a horse-drawn coach for personal profit. By the early 1830s, it had come to mean the conductor of one of those new-fangled London omnibuses, the man who rode inside to take the fares. Might the job have been one that was taken as casual employment by caddies? My references don’t say. In 1895, George Augustus Sala commented in London Up to Date: “An omnibus conductor, nowadays, would, I suppose, were the epithet of ‘cad’ applied to him, resent the appellation as a scandalous insult; and, indeed, ‘cad’ has come to be considered a term of contempt, now extended to any mean, vulgar fellow of whatever social rank he may be.”

The shift seems to have happened at the university of Oxford. Lads from the town who hung about colleges in the hope of casual work of the caddie type were called cads by the undergraduates. It became a contemptuous way to describe townsmen and by about 1840 it had achieved its full flowering as a term for a man whose behaviour was unacceptable.