Though vast efforts have been put into decoding the human genome, it has become increasingly obvious that knowing the DNA sequence of a person is a long way from knowing the person, because of other influences. It’s the nature versus nurture conundrum again, with the genome being the nature part.

As examples of these other influences, researchers are mapping the proteins that are expressed by a cell, together called the proteome, the chemical switches in the cell that modify the way the genome works, collectively the epigenome, and the group of small molecules such as hormones and signalling molecules — the metabolome (from metabolism). 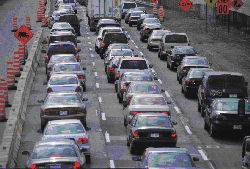 Adds to the exposome

Some researchers are claiming that these internal influences are greatly outweighed by external ones, such as diet, lifestyle, drug use (medicinal or recreational) and the chemicals that we absorb from our environments. These factors have been given the collective name exposome. It’s argued that mapping it for an individual may be crucial in measuring the factors that lead to disease.

The name was coined as a combination of exposure and genome in imitation of the others, in which, if you trace it back, the -ome ending is taken from chromosome (originally from Greek sōma, body). The inventor was Chris Wild, director of the International Agency for Research on Cancer, in a paper published in August 2005.

And if there is to be any hope of untangling the complex web of risks behind chronic diseases, many scientists argue, researchers need to develop an “exposome,” a highly detailed map of environmental exposures that might occur throughout a lifetime.

“We’re reaching the point where we’re capable of assessing the exposome,” says Balshaw. With the implications for understanding disease causes and risks, and a real prospect of developing personalised medicine, the exposome is showing more promise than the genome already, he adds.