Dictionaries are hard to promote. They’re utilitarian and unexciting works, to the extent that their users find it hard to differentiate between publishers and often lump them all together as “the dictionary”. The relatively recent wheeze of announcing Words of the Year has been a godsend to despairing publicity departments and an annual opportunity for lexicographers to slide modestly into the public eye for a seasonal rundown on what’s been happening with our vocabulary.

This year, however, Oxford Dictionaries has done something really odd. Its choice isn’t a word but a picture, an emoji, the one often known as face with tears of joy. 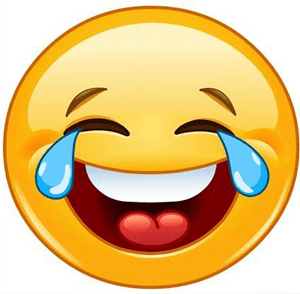 The news was greeted with all the publicity Oxford Dictionaries might have wanted, but much comment was puzzled or sarcastic. Didn’t a dictionary know what a word was? Did this render the idea of Words of the Year ridiculous? Was this the death knell of the language of Shakespeare? Was Oxford cosying up to the internet generation to the exclusion of more significant shifts in language? Had Oxford jumped the shark?

Though the choice looks seriously misguided, this wasn’t some mad whim. Oxford’s monitoring found that the word emoji increased its usage three-fold in 2015 over the previous year, which would have made it a candidate for Word of the Year. The little icons have become a widespread shorthand way of expressing emotion and ideas in texts and social media; they’ve moved way beyond the teenage texters who embraced them initially. Oxford Dictionaries argue that emoji and emoji culture have gone mainstream in 2015, “embodying a core aspect of living in a digital world that is visually driven, emotionally expressive, and obsessively immediate.”

Emoji have without doubt come far since they were invented in Japan in the 1990s, as a development of smileys or emoticons (“emotional icons”), symbols created from keyboard characters that date from the earliest days of the internet.

Emoji in Japanese (e plus moji) literally means “picture character”. It predates the digital world by at least eight decades, and may have been based on the English word pictograph. The first use of emoji in English was in the Japanese publication Nikkei Weekly in October 1997, referring to a set of characters that had been created in connection with P-kies, a Japanese children’s show roughly equivalent to Sesame Street.

The popularity of emoji outside Japan was hastened by their inclusion in various mobile devices and led to their adoption as an international standard symbol set in Unicode in 2010 under names such as grinning face and winking face. Faces are the most popular — the set included persevering face, face screaming in fear (very Edvard Munch, this one) and extraterrestrial alien face. Face with tears of joy was chosen as the Word of the Year because it made up 20% of all the emoji used in the United Kingdom in 2015, and 17% of those in the United States, a sharp rise from 4% and 9% respectively in 2014.

You can select from 1282 emoji in the Unicode set, including cats, hearts, hand signals, clothing, animals, plants, vehicles, the flags of all nations and lots more, including man in a business suit levitating and pile of poo. Their name might have helped them be accepted, though the similarity between emoji and emoticon is accidental.

In an electronic world in which brevity and speed are key, an image is potent, not perhaps worth a thousand words, but certainly removing the need for a description that the writer might not be willing or well-equipped to provide or have space for. But some commentators have gone further, arguing that emoji are no longer just a convenient shorthand but a nuanced form of communication in their own right.

Although Random House has published emoji-speak versions of Shakespeare and Herman Melville’s classic novel has been translated as Emoji Dick, neither can be called nuanced: 1282 pictures conveying a restricted and unsophisticated range of concepts is hardly a replacement for the subtlety and richness of a natural language.

Caspar Grathwohl of Oxford Dictionaries commented, “The fact that English alone is proving insufficient to meet the needs of 21st-century digital communications is a huge shift”. But it’s a shift restricted to one part of the online world. The suspicion must be that emoji are a passing fashion and that to try to read into them a seismic shift in the nature of communication is seriously misplaced.

Will the “Word” of the Year take its place in Oxford’s dictionaries? There are no plans to include emoji, the publishers say. A wise decision, you may feel.