Current political events in the USA have again brought this word to the forefront of newspaper reporting. Its accidental similarity to Caucasus and Caucasian, the only other words in English that look anything like it, has sometimes led people up a false trail. The true origin of caucus has puzzled people almost from the moment it first appeared in the middle of the eighteenth century and attempts to solve the mystery have been notable for confusion, disagreement and misinterpretation.

The only fact that everybody agrees on is that its birthplace is the New England city of Boston. Its first appearance, so far as anybody knows at the moment, is under a different spelling in the Boston Gazette of 5 May 1760:

[C]ertain Persons, of the modern Air and Complexion, to the Number of Twelve at least, have divers Times of late been known to combine together, and are called by the Name of the New and Grand Corcas, tho’ of declared Principles directly opposite to all that have been heretofore known.

Its earliest known use in its usual spelling was in a diary entry of February 1763 by John Adams, later to be the second president of the USA:

This day learned that the Caucus Club meets at certain times in the garret of Tom Dawes, the adjutant of the Boston (militia) regiment. He has a large house, and he has a movable partition in his garret, which he takes down, and the whole club meets in one room. There they smoke tobacco until you cannot see from one end of the room to the other. There they drink flip, I suppose, and there they choose a moderator, who puts questions to the vote regularly; and selectmen, assessors, collectors, wardens, fire-wards, and representatives, are regularly chosen before they are chosen in the town.

Even as early as 1788, Dr William Gordon, in his four-volume work The History of the Rise, Progress, and Establishment, of the Independence of the United States of America, had to say that “All my repeated applications to different gentlemen have not furnished me with a satisfactory account of the origin of caucus”. He wasn’t even quite sure what it meant: “It seems to mean, a number of persons, whether more or less, met together to consult upon adopting and prosecuting some scheme of policy.”

More than fifty years ago [that is, in the 1730s], Mr. Samuel Adams’s father, and twenty others, one or two from the north end of town, where all the ship business is carried on, used to meet, make a caucus, and lay their plan for introducing certain persons into places of trust and power.

This link to ships led the lawyer, philologist and scholar John Pickering to suggest in 1816 that it was a corruption of caulkers’ meeting, on the presumption that they were attended by caulkers and ropemakers, the former being responsible for sealing the seams between a ship’s planks with tar. (Incidentally, Pickering was no fan of new words from his native USA: he adds of caucus, “It need hardly be remarked, that this cant word and its derivatives are never used in good writing.”)

Gordon’s reference to the north end of town prompted a wild guess that it was from an obscure Latin word for the north wind, caucus. Some 150 years later, the Century Dictionary of 1889 sought another classical origin in the Greek kaukos, a cup, “in allusion to the convivial or symposiac feature of the club”. Other suggestions make it a corruption of circus or concourse or of Cooke’s House, the Boston mansion once owned by Elisha Cooke where meetings were held before they moved to Tom Dawes’ capacious attic. 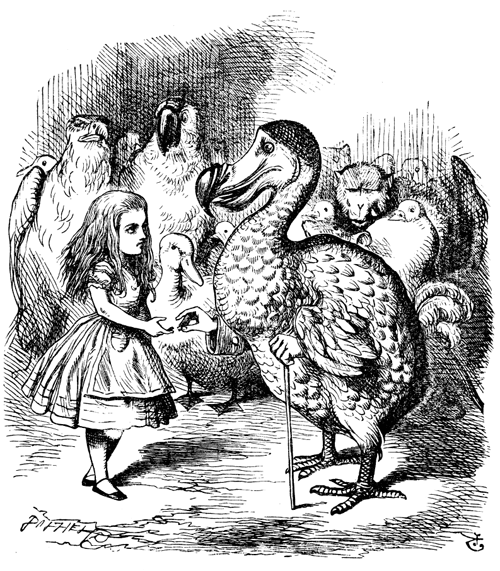 “All have won and all shall have prizes.” With the caucus race in Alice in Wonderland, Lewis Carroll made fun of the term, not then used in British politics. That had to wait until the late 1870s, when it began to be used for disciplined party organisations rather than selection meetings.

Quite the most intriguing suggestion was put forward in 1872 by Dr James Trumbull, a lifelong member of the Connecticut Historical Society, who had made a study of the native languages of New England. He put forward the idea that it derived from an Algonquin word, cau’-cau-as’u, a councillor or “one who advises, urges, encourages”. This had turned up in a slightly different form in Captain John Smith’s The Generall Historie of Virginia, New-England, and the Summer Isles of 1624:

In all these places is a severall commander, which they call Werowance, except the Chickahamanians, who are governed by the Priests and their Assistants, or their Elders called Caw-cawwassoughes.

Trumbull argued that Native American terms were often adopted by clubs and secret associations in New England. It seems plausible but there’s no direct evidence.

Several other descriptions in addition to Gordon’s imply that meetings of the kind described, held behind closed doors in smoke-filled rooms for selecting candidates and controlling the political process, had been in existence for decades before the word caucus first appears.

As so often with etymology, we have arrived at no very clear conclusion, but I hope you will agree that the journey to nowhere has been moderately entertaining. On the other hand, it’s certainly possible that some earlier variant will eventually turn up, perhaps from as far back as the 1730s. With extraordinary luck, this might even give us a better idea of its provenance.