Q From Will Mason in the: Every person that has been caught up with an engrossing book understands the meaning of unputdownable. When did that word show up in English?

A The earliest example mentioned is usually the one in a letter by Raymond Chandler, dated 5 January 1947, because that’s the first citation in the entry in the Oxford English Dictionary.

There are earlier examples, though they are in slightly different senses. The first I know of, a century before Chandler, means a person with enough self-assurance (or insensitivity) that he can resist being put down, that is, brought lower in self-esteem through criticism:

“Maugh I never eat another dinner if augh don’t dine there too!” chuckled Peter, with un-put-down-able and un-offend-able gallantry, “for augh’m sure my cousin Sarah there would never be so inhospitable as to shut her doors upon a relation with such a fule heart and empty stomach as augh am suffering from at this moment.”

Cheveley, or, The Man of Honour, by Rosina Doyle Bulwer Lytton, 1839. Lady Lytton, a legendary beauty, was the wife of the famous novelist Edward George Bulwer Lytton. He only took up that occupation because his family cut off his income when he married her. They separated after seven years and she also took up writing novels, likewise to earn money. This satirical best-seller is her best-known work. Note her attempt to reproduce the upper-class vowels of the period, a technique that soon becomes tiresome. 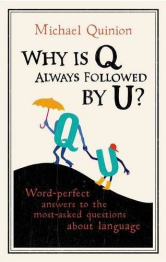 A handful of other examples appear in the next 100 years, some in the same sense Lady Lytton uses it. A couple have it as a noun (“It was really an unputdownable, increasing in me the desire for novels to the extreme”). I’ve also found a reference to an unputdownable mutiny and several modern ones to irresistible food (“Of the Ecuadorean chocolate nemesis with crème fraîche: I had a spoonful and thought it was fine, but not unputdownable”). But, as you say, the modern sense is of a book that’s so good you can’t bear to stop reading it (“The novel is highly readable and quite unputdownable”). It has become such a cliché of the writers of blurbs and reviews that it is frequently an object of mockery.

Unputdownable is worth noting in another way, as an example of a rather rare method of forming words, from phrasal verbs — in this case to put down in its various senses — by adding the adjective-making -able to the end and un- to the front. Other examples include its televisual equivalent unswitchoffable; getatable, known from the eighteenth century; and a variety of convoluted formations that are wordplay rather than useful additions to the language: un-do-without-able, unrelyuponable, untalkaboutable, unwearoutable, unpindownable, un-keep-off-able and unwipeupable (hyphenation is largely a matter of the period in which examples were recorded, as modern usage omits them). Here’s yet another example, coined as a play on your word:

Its size makes it hardly-pickupable; if not for that, it would be unputdownable.

Its inverse, putdownable, is much rarer. It almost always turns up as a humorous reference to its negative. In one case on record, the writer accidentally returned the word to its first meaning:

Michael Crichton was a master of the unputdownable novel. ... [Critics] regarded his novels as highly putdownable — that is, worthy of putdowns.

And an alternative inversion has been coined:

Downputable: An alternative to “unputdownable,” to describe a book that’s not quite as compelling as it might have been.

In a comment by Laurence Hughes on Seven Deadly Words of Book Reviewing, by Bob Harris, in the New York Times, 25 Mar. 2008. Among Mr Harris’s terms to be avoided are poignant, compelling, intriguing and lyrical. Readers suggested dozens of others.