Q From Roger White: I’ve just looked up the origin of toodily pip. I found only toodle-oo, which is said to be derived from the French tout a l’heure, which is not convincing. The French term is incomplete since I’d expect there to be an à before tout. Otherwise it simply means “soon”, whereas toodle-oo means goodbye. Furthermore the French phrase doesn’t sound much like the English expression. And where did the pip come from?

A Dictionaries often do cautiously suggest à tout à l’heure as the origin of toodle-oo, a terribly dated item of British slang that most people will have only come across in the works of P G Wodehouse. He didn’t know toodily pip, which is a very recent form, almost solely found in discussion forums online. It seems to be a mistaken or corrupted version of toodle-pip, contemporary with toodle-oo. 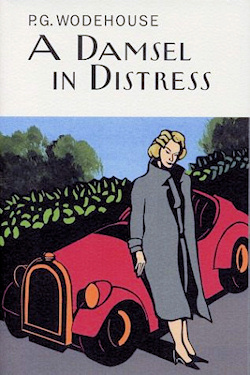 Do not disregard a French connection too quickly. British English speakers are renowned for their ability to mangle foreign tongues, French in particular. Any nation that can turn ça ne fait rien into san fairy ann, as British soldiers did in France in the First World War, is quite capable of transmogrifying à tout à l’heure into toodle-oo. But it isn’t the only possibility: another potential source that the experts mention is toot, the sound of a coach’s horn signalling its departure. This may not be so daft as you might think, as we’ll see in a minute.

There are other late nineteenth-century British slang terms of similar kind, such as pip-pip. This is an example from the master:

We may reasonably assume that the pip in toodle-pip is the same as in pip-pip; toodle-pip might even be a blend of toodle-oo and pip-pip, though it’s impossible to tell from the recorded evidence.

Pip-pip arose as an imitation of the sound of the air horn fitted to early bicycles — the sort with a trumpet and a rubber bulb. They were around during the cycling craze near the end of the nineteenth century alongside the modern bell. This will give you the idea:

Pip-pip. Hue and cry after any one, but generally a youth in striking bicycle costumery. Onomatope of the horn warning which sometimes replaces the bell of the bike.

Passing English of the Victorian Era, by J Redding Ware, 1909. You may gather from “bicycle costumery” that Mr Ware wasn’t a fan of cyclists, or perhaps just of their style of clothing.

This entry was somewhat behind the times, as pip-pip had by then already begun to be recorded as a slangy alternative to goodbye, presumably from shouting it after a retreating cyclist. Some of the usages, such as the Wodehouse one, suggest that it might also be an acknowledgement to a goodbye from somebody else or a general cry of encouragement. A precursor, pip-pop, was known from a century earlier as an imitation (an onomatope in Mr Ware’s vocabulary) of small-arms gunfire. It hints that toodle-oo could indeed be from toot, as a similar imitative.

However, it’s sadly the truth that nobody knows now exactly what was in the minds of the inventors of these curious exclamations.