Q From Jennifer McKeeman: I challenge you to find the origin of mazoola. I know it means money, but I cannot verify it or trace it back to anything.

A My impression is that it has never been that common an item of US slang and is now pretty much defunct, though as I’m on the other side of the Atlantic from its stamping ground, I may be wrong. The Deming Headlight of New Mexico contained an example in November 1956: “If these commentators want something which is really horrifying let them point out that Elvis Presley will get more ‘mazoola’ this year than all of the presidents of our five top universities combined. That’s one to give you the creeps.” 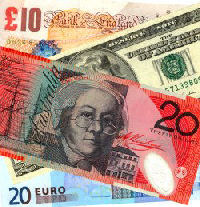 It may remind you of another slang term for money, moola, but the two words seem to be unconnected, though nobody knows where moola comes from. On the other hand, the experts say that mazoola, like its even rarer abbreviation mazoo, is just a variation on mazuma. That makes life simpler, since mazuma is better recorded, though likewise it’s nothing so common as it used to be. For me, it brings to mind Philip Marlowe and Sam Spade from classic hard-boiled US detective fiction. But it was around even earlier, from the very first years of the twentieth century. An early user was O Henry, who wrote it into Whirligigs in 1904: “The guys with wads are not in the frame of mind to slack up on the mazuma.”

Mazuma is one of the many words that came into American English from Yiddish. In that language it was mezumen, cash, which can be traced to the post-Biblical Hebrew mezumman, from zimmen, to prepare.