Q From James Rose: Is the expression lord love a duck a long winded rhyme for an expletive that has to remain unuttered in this polite company, or is there a story behind it? Beyond the Roddy McDowall movie with that title from 1966, Google is failing me. Can you help to shed some light?

A Not as much as either of us would like, I’m afraid.

It’s a mild and inoffensive expression of surprise, once well known in Britain and dating from the latter years of the nineteenth century. I doubt very much if it was ever a euphemism for the F-word, if that’s what you’re hinting at. 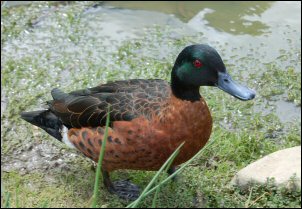 Form an adoring queue, you toffs.

It has long since fallen out of active use other than to suggest a particular cultural context, which two recent public appearances illustrate:

Just around the corner from the hotel, you’ll also find The Stage Door pub, which dates back to 1665 and where you are as likely to stand at the bar next to one of the stars appearing at the Old Vic next door as you are a chatty, “cor blimey, love-a-duck” Londoner.

If he’d come from Birmingham he [the great train robber, Ronnie Biggs] might not have played us so well, but he did the love-a-duck cockney, which is such a part of our national comedy.

The Oxford English Dictionary, in an entry in need of revision, has just one example, from — of all sources — James Joyce’s Ulysses of 1922: “Paddy Leonard eyed his alemates. Lord love a duck, he said. Look at what I’m standing drinks to!”

But earlier examples are easy to find, often in the forms lor love a duck or lor luv a duck that attempt to record the pronunciations of Cockneys. It turns up, for example, a number of times in the works of P G Wodehouse, the earliest being The Coming of Bill, two years before Ulysses: “‘Well, Lord love a duck!’ replied the butler, who in his moments of relaxation was addicted to homely expletives of the lower London type.” It’s in a long-forgotten tale of 1900, A Voyage at Anchor, by W Clerk Russell, a British author of nautical novels: “‘They’re a-coming down right atop of us, I do believe,’ exclaimed Spry, with a note of excitement in his voice. ‘Lord love a duck, how they’re a-travelling!’”

This is the earliest example I’ve so far found:

Shortly afterwards, the expression emigrated to Commonwealth countries. Interestingly, the earliest appearance in Australia, in The Sportsman of Melbourne of 12 September 1893, is also in a horse-racing context, as is the earliest New Zealand one, in the Hawkes Bay Herald of 10 July 1897.

But why should aristocrats amorously dally with anatine animals? And why should their proclivities be turned into an exclamation? Nigel Rees suggests it was a fake Cockney version of “Lord love us!” never uttered in real life. Or it might be a line from some music-hall sketch long gone from memory. Perhaps the whole point about it is that it doesn’t make sense?