Q From Ellen Smithee: I’ve been told that going Dutch, used when two or more people share an activity but agree to each pay their own way, may have its cultural origin in a slur. It was common for the Dutch to pay for themselves separately when dining out, unless a gentleman took a lady out. The English, especially during the Anglo-Dutch Wars of the 17th century, came to paint the Dutch as stingy, and so created the phrase as a negative stereotype. True?

A Some pejorative expressions using Dutch were certainly created through cultural enmity between the English and the Dutch during their fight for naval supremacy in the seventeenth century. I wrote about this many years ago and won’t go over the same ground again, only to record that Dutch reckoning (a bill presented without any details and which gets bigger if you argue), Dutch widow (a prostitute) and Dutch feast (an alcohol-fuelled event in which the host gets drunk ahead of his guests) do seem to be contemporary with the conflicts, while others, including Dutch courage and Dutch uncle, came along later as imitations. 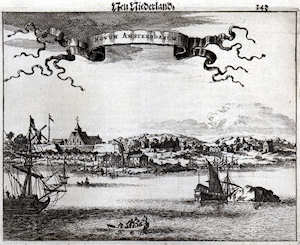 The source of going Dutch? New Amsterdam in 1651.

Going Dutch — to which we can add Dutch lunch, Dutch treat, Dutch party and Dutch supper, all with closely similar meanings — are American creations from the nineteenth century. The oldest of these in the record is Dutch treat:

If our temperance friends could institute what is called the “Dutch treat” into our saloons, each man paying his reckoning, it would be a long step towards reforming in drinking to excess.

Daily Democrat (Sedalia, Missouri), 27 Jun. 1873. A “no treating” rule of this kind was in fact introduced into British pubs by law during the First World War for exactly this purpose.

Confusingly for the etymological researcher, before Dutch lunch and Dutch supper took on their idiomatic meanings they were used in the literal sense of a meal that reflected a particular culture. The evidence shows they were more correctly German, a common error of the time, as in Pennsylvania Dutch. For example, a newspaper report in 1894 mentions that for a Dutch supper to be successful everything must be “consistently expressive of [the] vaterland” and mentions rye bread, cabbage salad, Wienerwursts and beer as being on offer.

This is the first idiomatic example of Dutch lunch I can find:

Perhaps you have a fatter pocketbook than some of the other fellows. I, for instance, can’t afford to buy two tickets every time I go. So some of the boys and I go on the “Dutch lunch” plan: everybody for himself.

The evidence makes clear that going Dutch and its synonyms are too recent and from the wrong continent to be linked with the ancient enmity between the English and the Dutch. 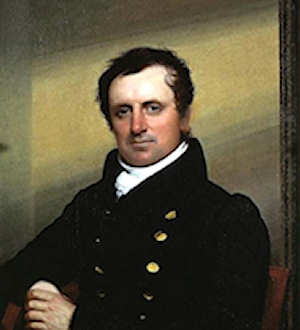 There is a hint in James Fenimore Cooper’s Satanstoe of 1845 that paying for oneself was a known custom of Dutch people in New York. The action takes place in and around New York in the years 1757 and 1758. The main characters, including Cornelius Littlepage, Anneke Mordaunt and Dirck Follock, are of Dutch descent and good social position. At one point, Cornelius Littlepage pays the entry fee to a fair sideshow for himself, Anneke Mordaunt and her black maid; she carefully repays him the cost for herself and her maid, which he understands very well is the custom in the city. Cooper doesn’t use the term Dutch treat — either it wasn’t in his vocabulary or he knew it would be anachronistic in 1757 — but its idea is clearly expressed in the dialogue.

I'm told that this custom of being meticulous about paying for oneself is still strong among Dutch people in Europe. It confirms that Americans invented the expression based on their memories or observations of the habits of Dutch immigrants and that they are straightforward descriptions and not derogatory terms. So the origin you’ve been given is correct, albeit applied to the wrong time and place.