Going to the dogs

Q From Tom Halsted: Everyone knows that going to the dogs means going to rack and ruin or becoming worthless. But what exactly did go to the dogs to get the expression started?

A In my callow and uninformed youth I used to think this referred to a visit to a greyhound racing track (usually called the dogs in Britain) and the consequent adverse effect on one’s wallet through betting on animals with no skill in chasing imitation hares. 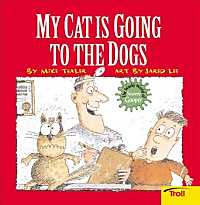 I now know better, though lots of humorists have had the same thought:

Greyhound racing in the UK appears to be going to the dogs according to the latest figures.

The idiom is actually among the oldest in the language. There are references to bequeathing various useless things to dogs as long ago as the early sixteenth century. It was later borrowed by the Bard:

Doctor: Therein the patient / Must minister to himself.
Macbeth: Throw physic to the dogs, I’ll none of it.

These and earlier examples — all suggesting throwing something to the dogs rather than going to them — evoke the famously unsanitary meals of the English medieval period, in which dogs were often present and were thrown scraps from the table. But the idea that anything appropriate for throwing to the dogs is useless goes back a lot further, as is illustrated by various passages in the Old Testament:

And ye shall be holy men unto me: neither shall ye eat any flesh that is torn of beasts in the field; ye shall cast it to the dogs.

The sense shifted later to something that had been thrown away, hence ruined or destroyed. The idea of deterioration to a shocking extent, going to the dogs, came along rather later.