Q From Peter McMenamin: What was the dash in dashboard?

A A simple one for a change, with a straightforward answer.

This key component of vehicles, with its gauges and controls, has been called a dashboard since early in the history of motoring. Despite the obvious associations, however, it has nothing to do with speed. 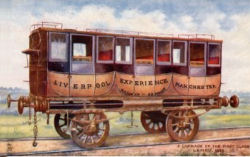 It’s an example of technological and linguistic conservatism. A previous example of it occurred in the early days of the railways. Passenger accommodation was built by artisans who were skilled in constructing their road equivalents. They used the same techniques and employed the same vocabulary. They put stage coach bodies on wagon frames and, in Britain and some other countries, continued to call them carriages.

The builders of the early motor vehicles likewise borrowed their methods and their language from the horse-drawn vehicles they had long been familiar with. In the very early days of motoring, the unknown writer of a syndicated column in a US newspaper discussed this conservatism under the headline Evolution in Carriages:

The motor carriage is already in evidence, and it, too, bears the earmarks of its horsy, though horseless, origin. One of the latest forms of these carriages bears all over indications of the existence of the horse that isn’t there. In front there is a high leather dashboard to protect the riders against the splashing from the hooves of the absent animal.

The sense of dash is the one that refers to the “violent throwing and breaking of water or other liquids upon or against anything”, as the Oxford English Dictionary puts it. The dashboard was a wooden board, or a leather apron like the one that the article mentions. It was placed at the front of a carriage, sleigh or other vehicle to catch the mud or water thrown up by the horses’ hooves and stop it from soaking the driver and his passengers. We would now call it a kind of mudguard.

The very earliest examples of the original sense of dashboard are from the second decade of the nineteenth century. This is a slightly later appearance:

On Monday evening, Lord Lyndhurst was driving a gig near Guildford, when the horse began to kick and plunge, and at length breaking the dash-board, his Lordship and his friend jumped out, and sustained no injuries.

Since horse-drawn vehicles were hardly new, it had presumably had other names before this, although the only other one I can turn up is splash-board, which is contemporary with it. 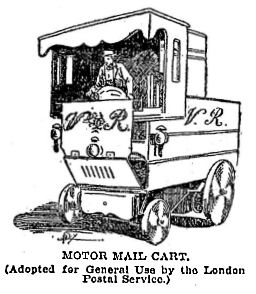 Early motor vehicles left the driver totally exposed to the weather, so the dashboard wasn’t as useless as suggested by the anonymous writer I’ve quoted. It did protect the legs of the driver against wind and rain. A similar design appeared on trolley cars, trams and other vehicles (such as the one at right) and had the same name.

As vehicle designs evolved, a windscreen (windshield) was put in place above the dashboard and the latter became a handy place to put the instruments. But it kept its name.

It has recently stepped even further away from its origins by being borrowed for a computer display that shows useful real-time data such as the time, weather, news headlines, stock prices and phone numbers. It’s a long way from horse-drawn carriages on muddy roads.