Q From Caroline Devlin: The Life and Loves of a Victorian Clerk is the 1846 diary of a Pimlico wharf clerk named Nathaniel Bryceson. In it, I came across the following: “Fellow clerk, Edward Heskett, absented himself this day as also last Monday. This is coming the old soldier strong, but it will not last.” I’ve never heard coming the old soldier strong and haven’t been able to find any reference to it in a search. Can you shed any light?

A Though it’s recorded in British English only from the early part of the nineteenth century, I suspect that the idea behind coming the old soldier is as ancient as armies. The Greeks probably had a word for it. 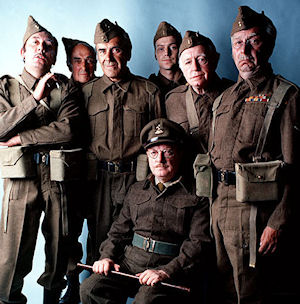 Soldiers who have lasted long enough to be described as old have gained knowledge, experience and cunning. They’ve learned how to survive and that includes knowing how to work the system. This can come out in two ways — either by using their experience to bluff or deceive somebody else (such as callow young officers) or by being clever at finding ways to shirk their duties.

Your diarist was clearly referring to the actions of Edward Heskett in the second sense. Strong here isn’t part of the basic idiom, but it indicates that his fellow clerk was behaving particularly inappropriately. To come the old soldier has also appeared as act the old soldier and play the old soldier”.

This is a classic early example, in the first sense:

Why, hang it, I cannot tell,” replied Mowbray — “were it not that I think he has scarce the impudence to propose such a thing to succeed, curse me but I should think he was coming the old soldier over me, and keeping up his game. — But no — he can scarce have the impudence to think of that.”