Q From Colin Alexander, New Zealand: How did the extraordinary pejorative big girl’s blouse come about? It is usually applied to males and it seems to mean a milquetoast, but how?

A For those in the few parts of the English-speaking world that have never heard of this astonishing idiom, let me explain that it is heard now quite widely in Britain and in most Commonwealth countries, though it originated in the North of England.

I’ve been vaguely dreading somebody asking this question, because it is one of a set of Northern idioms that are almost totally impenetrable in their origins. Others are I’ll go to the foot of our stairs!, an exclamation of surprise, like piffy on a rock bun, meaning that the speaker is feeling left out of things, and the deeply dismissive comment, usually uttered by a woman commenting on the uselessness of some male, that he’s all mouth and trousers. 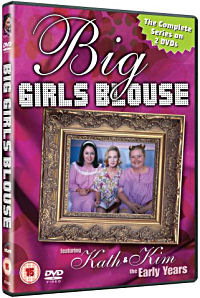 People do use it to mean an ineffectual or effeminate male, a weakling, although it is often used in a bantering or teasing way rather than as an out-and-out insult (“You can’t drink Coke in a pub, you big girl’s blouse!”; “Blokes who don’t take on dares are big girl’s blouses”). It’s sometimes humorously self-deprecatory:

Its creators get straight to the point with an attraction called Formula Rossa: the world’s new fastest roller-coaster, which accelerates from nought to 150mph in five seconds, the last part up a 50m slope. Call me a big-girl’s-blouse, but even on a good day, I would not touch such a roller-coaster with a 40ft pole.

The American milquetoast isn’t an exact equivalent, as it has a greater emphasis on meekness rather than an unmanly nature.

Big girl’s blouse has working-class links, being more common in downmarket British tabloid newspapers such as the Sun and the Mirror. It seems to have been first recorded in the 1960s:

Eli: Go round talking like that, you’ll be hearing from our solicitor.
Nellie: He is our solicitor, you big girl’s blouse.

Nearest and Dearest, Series 2, Episode 1, 1969. This ITV network sitcom starred Jimmy Jewel as Eli Pledge and Hylda Baker as his spinster sister Nellie, who inherit a pickle-bottling factory in Colne, Lancashire. It was rough-and-ready Northern humour, full of innuendo (plus malapropisms from Nellie). This is the earliest example so far known.

It has been suggested that Hylda Baker invented the phrase in her stage act. If she didn’t, where big girl’s blouse came from is likely to remain a mystery. However, as a possible clue, Brian Edmondson told me that his Liverpudlian father, who died in 1979, always said “he’s flapping like a big girl’s blouse”. This conjures up the twin ideas of a large garment flapping on a washing line and of a man flapping in the sense of panicking. It’s plausible as the image from which the current version could have evolved.

Other than that, your guess is as good as mine.