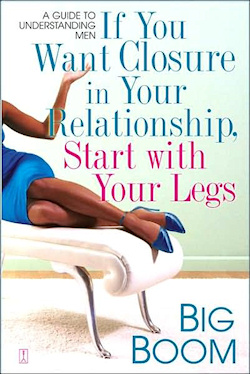 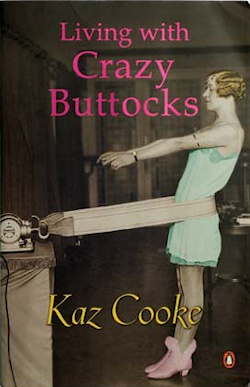 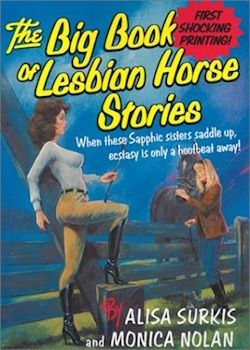 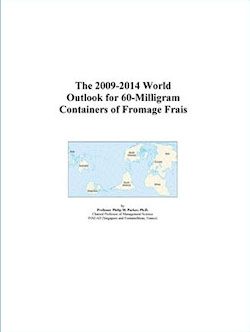 Thirty years ago, to assuage the boredom of the Frankfurt Book Fair, Bruce Robertson of the Diagram Group invented a contest to choose the oddest book title of the year. Ever since, it has been run by Horace Bent of the British trade magazine The Bookseller.

Some splendid titles have been featured, including the first winner, Proceedings of the Second International Workshop on Nude Mice, and last year’s If You Want Closure In Your Relationship, Start With Your Legs. Others of note have been Bombproof Your Horse, Highlights in the History of Concrete, The Joy of Sex: Pocket Edition, The Big Book of Lesbian Horse Stories, and Living With Crazy Buttocks. Last autumn the winner of winners was chosen in an online poll to mark the 30th anniversary: Greek Rural Postmen and Their Cancellation Numbers, with the runners-up People Who Don’t Know They’re Dead: How They Attach Themselves to Unsuspecting Bystanders and What to Do About It and How to Avoid Huge Ships, a useful little manual for small-boat sailors.

The shortlist is said to have been particularly difficult to create this year. It must have been, to exclude the title Excrement in the Late Middle Ages: Sacred Filth and Chaucer’s Fecopoetics, which should have replaced Techniques for Corrosion Monitoring, an utterly mundane and sensible title. The others on the list were Curbside Consultation of the Colon, The Large Sieve and its Applications (a mathematics treatise), Baboon Metaphysics, Strip and Knit with Style, and The 2009-2014 World Outlook for 60-milligram Containers of Fromage Frais (since the usual size is 60g, I’m betting that the market is as minuscule as the pots).

The winner was announced on 27 March 2009 as the result of voting by the public. By a significant margin it was the last title. It turns out that it’s not a real book, being the product of a patented method of automatic production of print-on-demand works from databases. It won’t actually exist until a tragic soul desperate to learn all about the subject forks out $795 for a copy. Professor Philip Parker, who invented the production method that avoids the tedious part of the publishing business called authorship (and, it seems, the bit that sanity-checks numbers), has some 200,000 titles on tap, including — or so Horace Bent swears — marketing advice for toilet brush makers thinking of emigrating to Kyrgyzstan.

My current favourite odd book title would not have made the shortlist, though it was published in 2008, because it’s a dreadful pun rather than a product of unconscious humour. It was published by Collins in the US: I Never Metaphor I Didn’t Like.