This term was once common around the furniture-making town of High Wycombe in Buckinghamshire, between London and Oxford. Bodgers were skilled itinerant wood-turners, who worked in the beech woods on the chalk hills of the Chilterns. They cut timber and converted it into chair legs by turning it on a pole lathe, an ancient and very simple tool that uses the spring of a bent sapling to help run it. Their equipment was so easy to move and set up that it was easier to go to the timber and work it there than to transport it to a workshop. The completed chair legs were sold to furniture factories to be married with other chair parts made in the workshop. 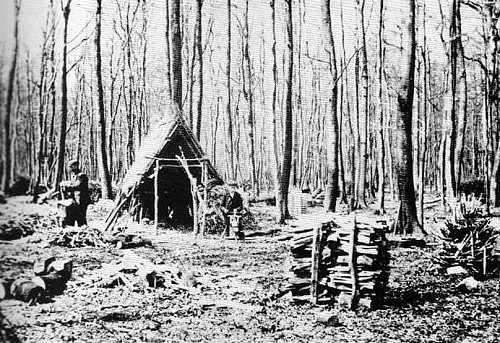 The word only appears at the end of the nineteenth century. There may be a link — through the idea of a itinerant person — with a much older sense of the word, for a travelling merchant or chapman. The Oxford English Dictionary finds examples of this meaning from the eighteenth century, but there’s a much earlier one from Holinshed’s Chronicles of 1577 (a major source for Shakespeare) in which William Harrison rails against bodgers who bought up supplies of wheat to sell abroad, leaving nothing for local people to make their bread with.

But that leaves us with another sense, the more common one (at least in Britain and Australia) of an incompetent mender of things, which Americans and some British people may prefer to see spelled botcher. In both spellings this comes from the Middle English bocchen, which had a sense of repairing or patching. It could be significant that in medieval times it was a neutral term that had no associations with doing a job badly. It’s possible that this old sense of the word survived in dialect or local usage, and evolved into the furniture bodger, while its meaning in the standard language changed.

Yet another sense of bodger is hinted at by a line in the Flanders and Swann song that mentioned the rhinoceros having a “bodger on his bonce”. Many people have written to say that they know a bodger as a pointed instrument for various purposes. For example Doug Dew wrote: “From my childhood in Surrey, I have a vague memory of the use of the word bodger to mean a blunt stick or tool used to make holes in the ground for seeds”. Alan Harrison added: “Bodge is certainly in use in Black Country dialect for poking or making a hole. I have heard my father use bodger of an instrument used to make holes, as for example when making an extra hole in a belt when the wearer has gained or lost weight”. Tony Chadwick, Professor of French at the Memorial University of Newfoundland, remembers the late Dr George Storey, co-editor of the Dictionary of Newfoundland English, applying bodger to one of those pointed sticks for picking up litter. Others have mentioned that it is the usual name for the tool used by scaffolders, which has a spanner/wrench at one end and a point at the other.

It seems extremely likely that this is a variant of podger, recorded from the nineteenth century in various engineering contexts. Indeed, several readers have written to say that they knew of pointed instruments under this name. It is said to derived from podge or pudge for something short, fat or thick-set.