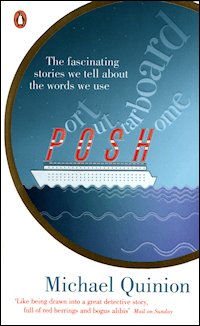 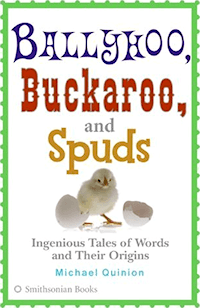 OK is one of the most useful terms in the English language and has passed into pretty well every language in the world. Possibly, there are a few remote peoples in the New Guinea Highlands who do not say “OK” to each other, but even that seems unlikely. Everyday conversation in German, Greek, Czech, and Chinese is peppered with interjections of “OK”. How ever did languages manage without it? Surely, the origins of such a common expression must be well known? In fact, the historical record shows that it has only been in use for just over 160 years, and until recently the etymology was much disputed. People in different countries and different decades have proposed various origins with more or less scholarly ingenuity. Choctaw-Chickasaw okah, it is indeed, Greek olla kalla, all good, Scots och aye, and other possibilities in Finnish, French, and West African languages, have successively been proposed as the source.

Michael Quinion summarizes these competing hypotheses clearly and elegantly and then goes on to give an account of Allen Walker Read’s magisterial investigation which showed conclusively that the term originated in the north-eastern United States, where it was used as a cabalistic catch phrase among supporters of Martin Van Buren for the presidency of the United States in 1840 — on the rather surprising basis of the initials of Van Buren’s birthplace in the Hudson Valley, Old Kinderhook. The speculative etymologies, some of which seemed plausible enough at the time, are all wrong.

There could be no clearer illustration of the Rev. Smythe Palmer’s dictum (cited as an epigraph by Quinion): “Man is an etymologizing animal”. The etymology of a word is like Voltaire’s concept of God: if one does not exist, we feel compelled to invent one.

This delightful book debunks over 200 common “etymythologies” (as Laurence Horn called them). They range from the palpably absurd to the overwhelmingly plausible. Has anyone really ever believed that the origin of the word golf is an acronym for “Gentlemen Only, Ladies Forbidden”? Though widely circulated, this absurd story is redolent of heavy Victorian or Edwardian humour and was probably never intended to be taken seriously except by the gullible. (The true etymon is probably a Dutch word, kolf, meaning a club.)

On the other hand, what could be more plausible than the belief that belfry is somehow connected etymologically with bell? A belfry is, after all, a place for hanging bells. In fact, though, belfry is from berfrei, an Old French word of Germanic origin, which originally denoted a siege tower, a wooden construction built to shelter attackers as they assaulted the walls of a city. The word acquired its -l- by folk etymology.

That strange phrase at sixes and sevens, meaning “in a state of confusion”, almost certainly derives from the technical terminology of hazard, a dice game that was popular in late medieval times. Quinion gives fair consideration to other hypotheses, but argues convincingly for this origin, adducing a citation from Chaucer to show that it was already well established in the 14th century. It could not therefore have originated in a 15th-century dispute between London trade guilds (another “etymythology”).

Quinion’s judgements are cautious and (no doubt wisely!) a little too conservative for my taste. For example, the expression beg the question was originally used as a translation of Latin petitio principii, a term in medieval logic denoting the fallacy of assuming as a given the very conclusion that one is trying to reach by logical argument. In modern English, it is normally used in a rather different way, meaning “to make a statement that invites an obvious question about the underlying assumptions”. Quinion argues that “Because the phrase can be used in several different ways, and because it’s often used in a way that the purists among us consider to be wrong, it’s probably safest to avoid the phrase altogether.” I beg to differ. Why should ordinary people give up a useful phrase with a reasonably transparent meaning, just because purists know that, as a technical term, it means something else?

After dispatching various absurd hypotheses about the origin of the term Yankee, Quinion concludes, “It seems most likely that it came from a nickname, Janke, a diminutive form of Jan, the Dutch equivalent to John.” The cautious hedge, “seems most likely”, is unnecessary. Janke is not only a nickname, but also a surname. In New Netherland, the 17th-century Dutch settlement stretching up the Hudson Valley from New Amsterdam (New York) to Beverwijck (Albany), Janke, alongside Jan, Janneke, Jankin, and several other variants, was a common surname. After the British ousted the Dutch administration in 1664, Dutch families began to spell their names with Y- instead of J- in English-speaking contexts. Even today, families spelling their name Yanke are found in the Hudson Valley alongside others using the more traditional spelling Janke. This was used as a nickname for a Dutch-speaking American in colonial times.

Quinion’s scholarship is impeccable, but borne lightly. He strikes a fine balance between erudition and entertainment. The origin of some of the words and phrases in this book are not discussed at all in dictionaries, or discussed perfunctorily because of space constraints. Nowhere else are false hypotheses so convincingly dealt with. Anyone with a genuine interest in the English language will want to own a copy of this book. It is grist to the mill of those who study the language, but also a rich pasture for the idle browser.