Q From Malcolm Sealy: I often hear to wag off here in Australia — meaning to cut classes — and thought it was an Australianism. However it seems to have been in use in England at the end of the nineteenth century, as James K Jerome uses it in Three Men on the Bummel. Any ideas on its derivation?

A It’s rather older than Jerome. It certainly is British, having been first recorded here:

My wife remembers taking a day off when she was a student teacher at a London school in the 1960s and being asked the following day by a child, “Was you hoppin’ the wag, Miss?” That’s recorded a century earlier, from the 1860s. Other formulations have been documented:

The most general term for truancy seems to be “to play hookey” (an Americanism which became naturalized around 1900), although very often, particularly in the north, young ne’er-do-wells use the older phrases “playing wag”, “playing the wag”, “hopping the wag”, “wagging school”, or “wagging it”, speaking with the same tongue boys used in the time of Dickens.

The Lore and Language of School-children, by Iona and Peter Opie, 1967. 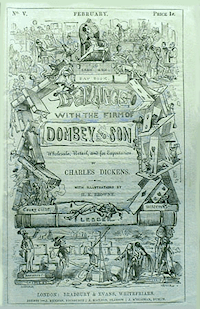 My impression is that wag in its various forms is still known in the UK, though it’s local. Around here in Gloucestershire bunking off is usual. I remember Sir Paul McCartney a couple of years ago referring to sagging off school during his Liverpool childhood. Nobbing, dodging, mitching, plunking and twagging are others known in various parts of the UK. The last one is fairly recent and some writers have suggested that it derives from wag.

Otherwise, we use the verb wag these days almost exclusively to mean moving something rapidly from side to side (or up and down): a dog wags its tail, a person may wag his finger as a warning or a reprimand, or gossips may wag their tongues. This is ancient: it appears in the fourteenth-century poem Piers Plowman by William Langland, though he meant by it a boat rocking from side to side (it’s from Old English waggian, to shake).

Earlier still it could mean to move one’s limbs with difficulty, to totter, stagger, or walk unsteadily. The mental picture of side-to-side movement may have emerged from this. The Dictionary of American Regional Usage records wag from some parts of the US in the sense of staggering along, especially under a heavy load, and so to carry something heavy. A person who was swinging from a rope after being hanged was at one time said to be wagging, which led to waghalter for a man who was going to be hanged, or deserved to be. Though the evidence is indecisive, it may have been abbreviated back to wag and softened to mean a mischievous prankster or youth — hence wag for a facetious person or practical joker. (Recent wag for a wife or girlfriend is an acronym.)

The unsteady walking sense evolved into wandering about from place to place or moving away from some place, especially with difficulty or under pressure to remain. The idea of truancy evolved from this, though uncertainty about the source of the mischievous youth sense of wag leaves the experts uncertain whether it might be from waghalter instead.