Q From Vince Baughan, UK: In a biography of General U S Grant, there was mention of a charismatic American Civil War general called ‘Fighting Joe’ Hooker, and his female camp followers, known as Hooker’s women, or Hookers, for short. Do you know, is this the origin of the word Hooker for a lady of negotiable affections, or is it folk etymology?

A This is a persistent story in the USA, but it’s untrue. 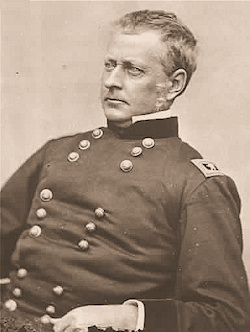 General Hooker was a real person, though one who wasn’t universally popular — one biographer calls him “a conniver and carouser” — because he was quarrelsome, deeply disrespectful of his superiors, a womaniser, a drunkard, and (worst of all) an unsuccessful soldier. Hooker’s headquarters were described as a combination of bar and brothel into which no decent woman could go. It is also said that his men were an undisciplined lot who often frequented prostitutes (a red-light area of Washington is supposed to have briefly been called Hooker’s division for this reason). So it’s not surprising that hooker is often assumed to derive from his short-lived command.

However, there’s a fatal flaw: the word is recorded several times before the Civil War. It’s listed in the second edition of John Bartlett’s Dictionary of Americanisms of 1859 and another example is known from North Carolina in 1845. An even earlier instance was turned up by George Thompson of New York University in The New York Transcript of 25 September 1835, which contains a whimsical report of a police court hearing in which a woman of no reputation at all is called a hooker because she “hangs around the hook”.

This obscure reference is to Corlear’s Hook, an area of New York. Bartlett suggests the same origin for the term, based on “the number of houses of ill-fame frequented by sailors” in the area. Though this origin sounds plausible, it may well be that John Bartlett and others who made this connection were falling victim to an earlier version of folk etymology.

There is some evidence to suggest that it really comes from a much older British low slang term for a specialist thief who snatches items using a hook. In 1592, in a book on low-life called The Art of Conny Catching (conny or cony, the old word for a rabbit, was then a cant term for a mark or sucker), Robert Greene says that such thieves, “pull out of a window any loose linen cloth, apparel, or else any other household stuff”. The implication is that the hooker catches her clients by similar, albeit less tangible, methods.